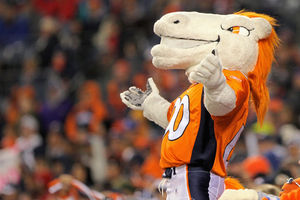 I never heard from Ram_india, so I’m stepping in again here. Next up: Houston Texans and they’ll be represented by jacquavivajr.

The Denver Broncos have had an offseason of interesting acquisitions, highlighted by the following:

I poked around a few places, and the consensus seems to be that the Broncos primary needs are at DT, CB, and RB. Let’s go ahead and throw RB out of the discussion for their 1st round pick, since they can find a capable guy later in the draft, and the first two positions align much better with the value currently on the board.

The Broncos do need an infusion of talent at cornerback, hence the Tracy Porter signing and the recent rumors that they were looking to acquire Asante Samuel from the Eagles. They could go with Janoris Jenkins here – I think this range is well within the realm of possibility for Jenkins’ special combination of talent, production, and off-the-field problems. I know it’s not at all an accurate comparison in terms of physical size or skill-sets, but this is just a couple of spots ahead of where Jimmy Smith went last year.

Defensive tackle is the really big hole. They’ve been making do with a rotation of late-round picks and cast-offs, and at the moment, it looks like more of the same is in store for the upcoming season. Ty Warren, a former anchor on the formidable 3-man fronts that the Patriots used to run, is on the Broncos roster and could return from missing the entire 2011 season due to a triceps injury to solidify the middle of the D-line – but that’s not something to try to bank on. They brought Justin Bannan back into the fold, just a year removed from dumping him and letting him go to the Rams, and are looking to bring back someone named Marcus Thomas – who I am not even remotely familiar with, but the guys at Mile High Report (MHR) seem to be interested in retaining him for at least another year or two to see if he can yet prove some worth for the long-term. They also cut into their depth by dumping Ryan McBean, who was one of their reclamation projects after he was originally drafted and dumped by us.

The fact of the matter is that this reclamation and recycling program they have isn’t really a viable M.O. in the long-run, and quite simply, the Broncos have a marked lack of high-end talent/young potential on their DT depth chart. And to resolve that…

This isn’t quite the same kind of steal that I got when I took Trent Richardson for the Jets, but I’m still very surprised to see Cox last this long (beat you to the TWSS punch!) and am happy to select him here.

Most of the discussion on MHR seemed to be on the relative merits of Devon Still and Jerel Worthy (and even a little bit here and there about Kendall Reyes), with some pipe-dreaming about Michael Brockers falling all the way down to No. 25. I think all of that is a moot point though, when there’s a guy at the same position that some draftniks consider a top-10 pick still being on the board.

That being said though, I did have a darkhorse selection for the Broncos that I seriously considered – Coby Fleener, TE, Stanford.

1). The free agent additions of Dreessen and Tamme do not at all mean that the Broncos have no room for a dynamic new No. 1 TE.

2). How fascinatingly cool would it be if one of Andrew Luck’s favorite targets at Stanford wound up as a go-to playmaker for the guy that Luck was drafted to replace?

Get your Steelers Fathead!